A site-specific light installation event, which took place on the Dutch coast facing the North Sea, at sunset, on half moon, at half tide. Solar energy was collected from the day of the event to power 8 florescent tubes in a long line. The line of tubes was suspended directly in line with the horizon, when seated on the line of fish containers. The 10m line of light moved from warm temperature tubes blending to cool temperature tubes away from the sun. After the afterglow of the disappearing sun, the line of light was turned on for 4.53 minutes, the duration from when the sun touched the horizon to when it completely passes through it. 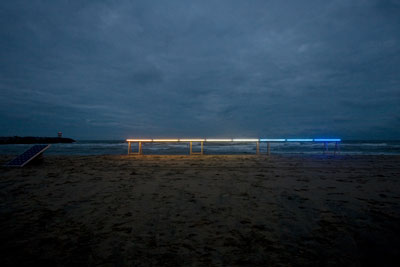 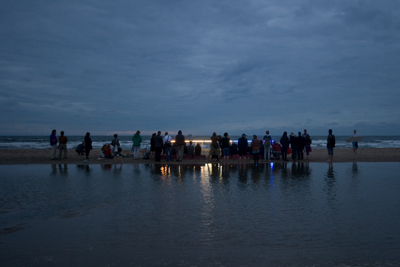 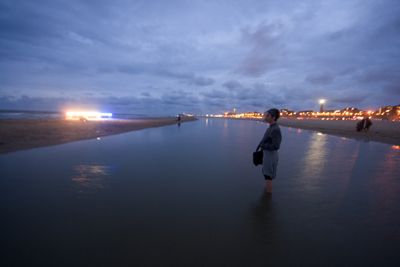 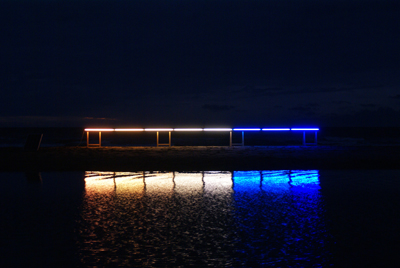 The Tidal-Surf Drawing Video is based on the ephemeral line created by the movement of the human body in the ocean. The work is created using a movement sensor device tracking the real-time coordinates of the surfing path in multidimentional space. I consider the qualities of the drawings and the act of surfing in terms of latent and actual processes of ephemeral Land-Art.
This is a work in progress and the locations for the Tidal-Surf drawing events so far are: Scheveningen Beach, (The Netherlands); San Diego; Venice Beach (California, USA) Ericeira Beach (Portugal) Porthmeor Beach (Cornwall, UK) Sandy Point (Victoria, Australia).

The work is informed by, and contributes to, the paradigm of psychogeography, engaging with the relationships between the physical world and the human experience of space and time. Combining the two through his practice creates a view of the environment and the human as two interdependent circulatory systems. Bodies of water/weather cycles/conceptual systems/the human as a water-body, these are subjects in the work as much as the sense of circulation comes through methodologically and aesthetically in the actual making and form of these expanded drawings. 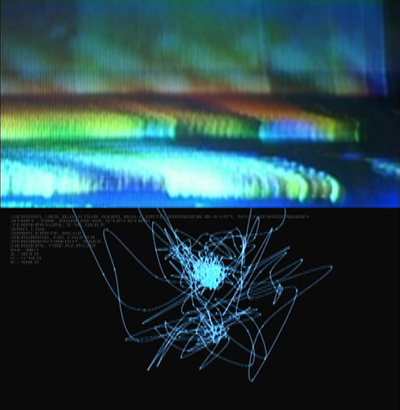 STRINGER
Artist Book
30 pages
The Stringer is the line of thin wood which runs down the center of a surfboard joining the two sides of foam. The surfer constantly looks to the horizon for an equilibrium reference and to draw the waves toward them. I focused on this threshold line to refer to and symbolises drawing the far of horizon toward the connection of the body to the ocean, the perceptual space of the horizon, This illusionary line. 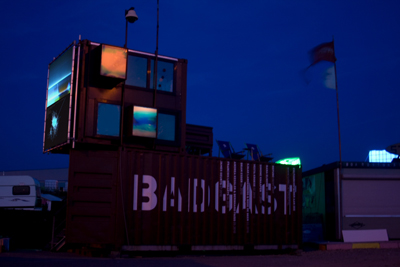 With special thanks to the FAST community and EVA_Energie voor Altijd - Henk Oldenkamp and Irene de Jong.
Following his residency @ BADGAST James continued his research in The DCR Gueststudio in The Hague during August, 2010.

James Geurts about Satellietgroep
“As you well know Australia has thousands of miles of open coastline and stunning beaches that are constantly activating the fringe of our continent. I spent years focussing directly on the ocean, its elemental forces, rythms and complexities.  From Australia I was lead further a field to Africa, Indonesia, America, South America, Hawaii, UK, Portugal and Spain. In all my time and focus on the ocean as a site of contemporary art practice, what has been missing is finding organisations who have an active engagement in both contemporary art practice and the ocean, and who are actually located at the ocean, to allow extensive research and development of ideas in the immediate environment. So when I found out about Satellietgroep's Badgast residency at Scheveningen from different sources it immediately drew my attention as the only organisation that is dedicated directly to the artistic research of the ocean. So I enthusiastically proposed to come and be part of this unique residency in such a richly complex coastal environment. I couldn't find this kind of dynamic and support for this form of art practice anywhere in the world and it has proven to be one of the most proliferating and inspired art experiences.

Participant in CCC @ Istanbul 2010
Satellietgroep participated in the ART PIE Istanbul 2010 from October 30 - November 7, 2010 at Tuyap with the exchange project CCC @ ISTANBUL 2010:
Concerning the sea: Combine, Compare or Conflict?
For CCC @ Istanbul 2010 Satellietgroep screened 14 videoworks - both conceptual and documentary - that reflect on the conceptual, social and urban impact of the sea and waterways in both Turkey and The Netherlands. 'Drawing Horizon' by James Geurts was selected for the screening and Geurts participated with Maarten de Kroon and Cevdet Erek in the Talks at CCC. In exchange we screened a selection in the Cinema at Sea @ BADGAST in the Netherlands in 2011.

Co curator of Satellietgroep 2011, in collaboration with DCR Gueststudio
22 maart 2011: presentation at PRUFROK#4 in Zeebelt Theatre The Hague: Artist & Residence 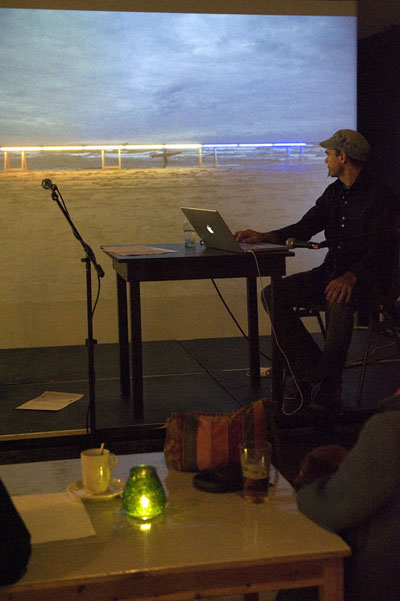 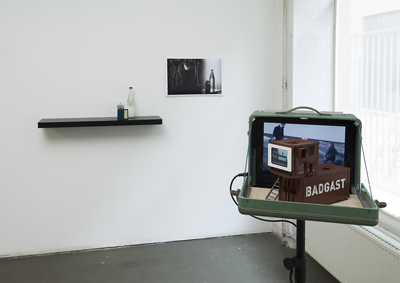 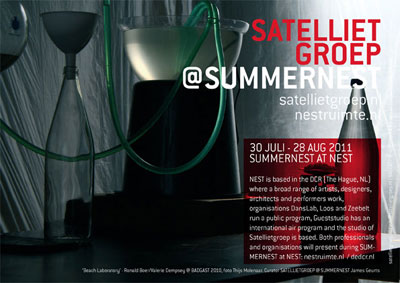 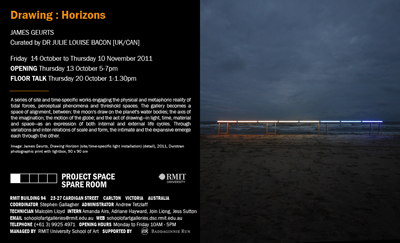