We kindly invite you to join us on March 29 for Expedition Zandmotor#2 - Cultural Geology, the second public expedition on the Sand Motor as cultural phenomenon. During Expedition#2 we connect arts, science and audience to focus on the shifting relations of man and water. We invite you to experience the new works called 'Next Doggerland' by artist in residence Theun Karelse, 'Mistaking clouds for mountains' by Josje Hattink, to explore the shift from Holocene to Anthropocene on the Zandmotor during fieldwork with fossils collectors Bert van der Valk, Henk Mulder and Bram Langeveld and to enlarge the local focus to global climate effects with our new resident Esther Kokmeijer. We conclude the day with an informal discussion and dinner, including a taste from the Holocene by Theun Karelse and Sjim Hendrix!

ABOUT
Satellietgroep invites artists for artistic research in collaboration with locals and scientists on the Zandmotor as cultural phenomenon. The Zandmotor, called 'building with nature' is an innovative coastal experiment carefully monitored by policymakers and international scientists and widely appropriated by the locals, including fossils collectors.

FOSSILS COLLECTORS
Learn how to spot fossils on the Zandmotor! Discover how it feels to find and hold a fossil of an extinct animal in your hands. Join this fieldwork excursion by Bert van der Valk, Henk Mulder and Bram Langeveld and the artists on the Zandmotor. Bring your collections and learn about the origins of the animals that once roamed the area we now call the North Sea. Due to the construction of the Zandmotor not only sand was transported on the fore shore, it also transported fossils of mammoths, rhinos and more. Since than a substantial group of amateur archaeologists are collecting, preserving and documenting - as citizens science - fossils that would otherwise be lost. The best become part of collections of Museon or Naturalis.
Tip: Geological Weekend at Museon March 21+ 22


THEUN KARELSE: NEXT DOGGERLAND & FOSSILS SOUP
www.fo.am | http://technoecologies.tumblr.com
Theun Karelse presents his essay 'Next Doggerland' and a culinary experiment.
The residency of Theun Karelse at Villa Ockenburg in November and December of 2014 is directly linked to his Techno Ecologies residency in November and December 2013 at Nida Art Colony in Lithuania. He will present the essay he wrote that aims to unite these two research periods. At the Zandmotor he started his research by sleeping one night near the Argus Mast. This triggered the idea of making a work to be seen from the sky by satellite, as a counterpoint to the upward looking work by James Turrell the 'Celestial Vault' located nearby. But during the following weeks the fossils he found in the surf shifted his attention. In collaboration with culinary artist Sjim Hendrix he will explore if anything from the past can be perceived through these fossils. Can any taste still be teased from these bones after such a long time? Will we be the first humans in 12.000 years to taste Mammoth?
With special thanks to Sjim Hendrix, urbanist Jan de Graaf, artists Jeroen van Westen, Marinus van Dijke.


JOSJE HATTINK: MISTAKING CLOUDS FOR MOUNTAINS
www.josjehattink.com
During her residency at the Zandmotor, Josje Hattink set herself the task of digging a way through the morphology of sandy volumes. To contain a dune in it's ever changing shapes and volumes before the sand slips through your fingers. Positive as a pile, negative as a hole. When does sand become a whole?
With special thanks to hydrologist Hein de Jonge, geologist Bert van der Valk, dune researchers Bas Arens, Kees Vertegaal.

ESTHER KOKMEIJER: BECAUSE WE MEET PART II: LIQUID
www.estherkokmeijer.nl
On a beach in Antarctica Esther collected ‘Sea Glass’. These relicts, made by human and shaped by nature, carry a diary with historical conceptions saved and archived in time. Like rock, stone and sand. These travelling journals bring both the past and expectations. Is it possible to capture their journey and by doing so read nature?
Esther combines artistic research periods at Beijing, Antarctica and the Netherlands into a trilogy about the urge to control nature, seen from the perspective of the three different stages of water and the way human interact with this. The project is called 'Because we meet'. Part I: Vapor - The movability of clouds, residency at IFP in Beijing hosted by Mondriaan Fonds; Part II: Liquid - The everlasting encounter with water, residency at the Zandmotor hosted by Satellietgroep and Part III: Solid - Ownership and pioneering on ice, residency at Antarctica, hosted by DNA Culturales. 'Because we meet' is a project about borders, pioneering, ownership, scientific results, utopian ideas and the urge to move.

ARTISTIC RESEARCH ZANDMOTOR:
More about the Zandmotor: www.zandmotor.nl
Starting September 2014 Satellietgroep invites artists in residence for artistic research on the Zandmotor as cutural phenomenon. Designed as dynamic innovation for coastal protection, Satellietgroep redefined the Zandmotor - called building with nature - as the largest contemporary cultural statement of the anthropocene era we now live in. This dynamic innovation is a time machine that transports us from holocene (affected by nature) into anthropocene (affected by mankind).
Following the first Zandmotor artist in residency by Zoro Feigl where he developed 'Untangling the Tides' - presented at the first Expedition followed by Art Rotterdam - Satellietgroep  now presents 2 projects by residents Theun Karelse  and Josje Hattink and introduces the new resident Esther Kokmeijer. The residents and public expeditions are hosted by Villa Ockenburgh/Locatie Z at walking distance of the Zandmotor south of The Hague. The program is supported by Stroom, DOEN. Thanks to the experts of Provincie Zuid-Holland, TU Delft, Deltares, Dunea and many more who share their expert knowledge with the residents.

VILLA OCKENBURGH 2014-2015
http://locatiez.net
Satellietgroep is proud that the first residents are hosted at Villa Ockenburgh on walking distance from the Sand Motor. Villa Ockenburgh is an old country house located at the very edge of The Hague near the dunes and sea. It houses thirteen studios and a project space and is the base of operation for artists initiative Location Z, which is founded on the idea that it’s meaningful to bring highly distinctive vocabularies (contemporary art, music, science) together in the same space. The program, the studios and the project space together form an infrastructure for experimentation, confrontation, and reflection. 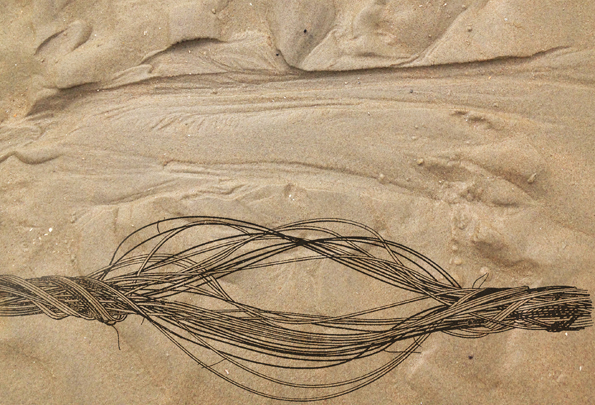 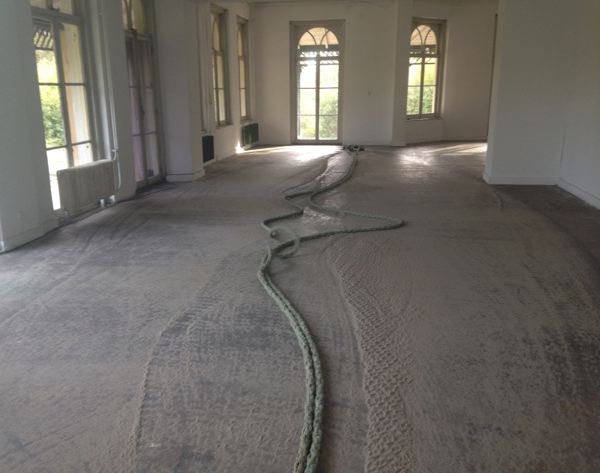 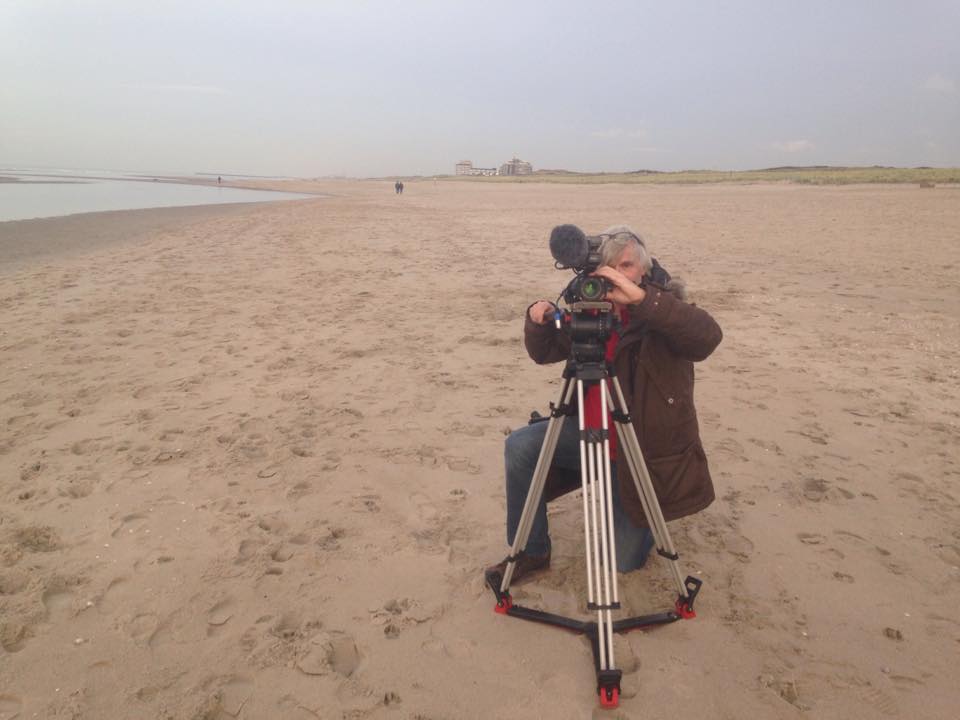 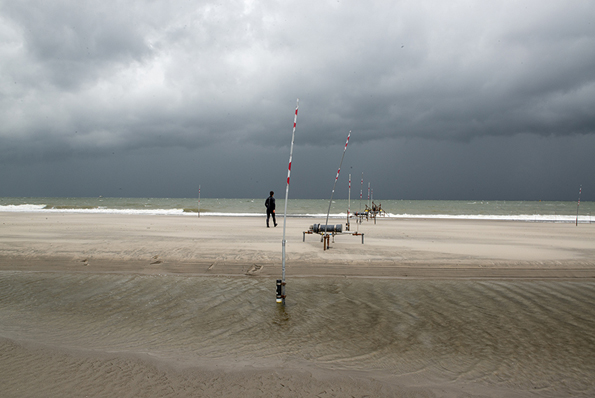 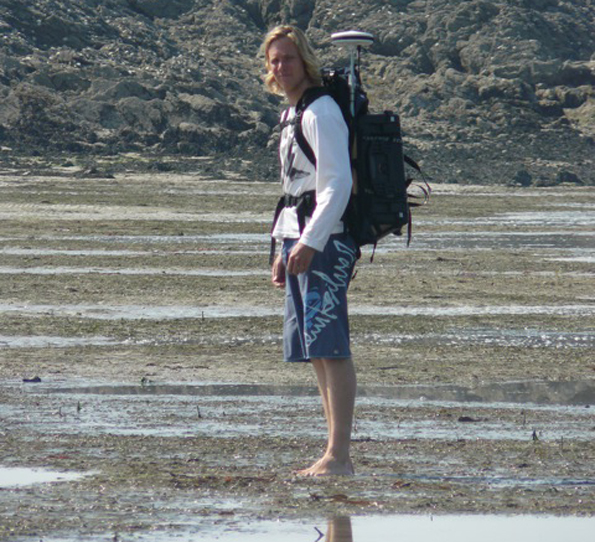