Next guest of BADGAST is Chris Dobrowolski (UK). His last artist’s residency was in the Antarctic. His works shifts between the artificial and 'authenticated' objects, an interesting approach in the context of Scheveningen on the Dutch coast - an environment with an inspiring mix of latest innovations and 'invented traditions'. 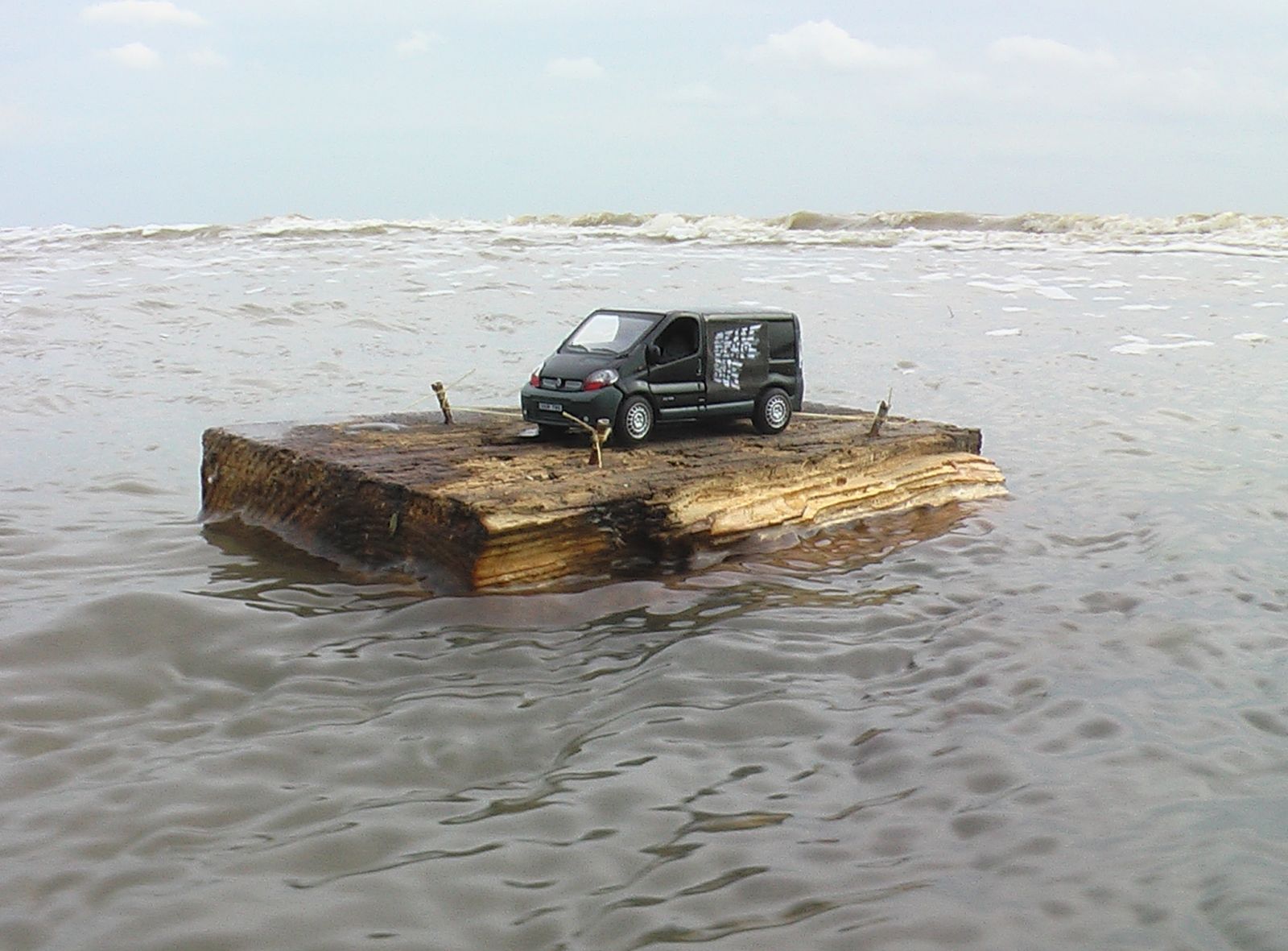 "Though it was thousands of miles away, water is a physical link with the Antarctic to Scheveningen. In the event of global warming the melting of the polar ice cap and subsequent rising sea level will flood Holland.
Precious and relatively inaccessible, for many people the Antarctic still holds a sense of mystery and wonder. This mystic can be transferred into everyday objects and it has been known for ex British Antarctic Survey employees stationed in remote Polar research bases, to sell their unwanted underpants on Ebay as “genuine” Antarctic relics.

This obsession with the authentic was even evident in the early days of polar exploration.  When Amundensen and Scott became the first people to reach the South Pole they didn’t do much when they got there other than photograph themselves. Scott died on his return journey and his camera was found with his body. His images were processed later and show him and fellow explorers in a featureless flat white environment that could have been anywhere else in the Antarctic or even in front of a plain white blank canvas.

As part of the residency I took a pathetic collection of Antarctic toys with me. Anything from plastic penguins to cheap representations of Antarctic explorers given as free gifts in packets of cigarettes or tea. I documented these artificial Antarctic objects in the real Antarctic and with this authentication suddenly they became “real” pretend Antarctic objects.
The toys blurred the line between the real and the artificial. Their small scale contrasted with the vast landscape of Antarctica also emphasised their fragility and vulnerability.
In Badgast I intend to investigate these aspects of toys and use the sea as a very real dramatic backdrop for miniature expeditions and visual experiments."
http://cdobo.com