Satellietgroep and NIP, Netherlands Institute St. Petersburg (Russia) cordially invite you to the presentation with Prof.dr. Jos van den Broek, Leiden University on November 6 at NIP, starting at 19:00.
This interactive lecture is initiated by Satellietgroep in the context of the project 'Now Wakes The Sea' and will consist of a dialogue between curator Jacqueline Heerema and Prof.dr. Jos van den Broek, assisted by his students and scientific filmmaker Remco van Schadewijk.
The Netherlands Institute in St. Petersburg (NIP) is part of the Dutch Scientific Institutes Abroad. Jos van den Broek is Professor in Biomedical Science Communication at the Faculty of Science of Leiden University, focusing on health awareness, nature awareness and universe awareness. He was previous guest at Badgast at the presentation of the artist in residence Marielle Videler, called 'SEA BITE: The Dimethylsulfide Tent' (2011).
Satellietgroep (The Hague, 2006) explores through arts and culture how the sea and waterways influence cities, people, communities and environment.

About Jos van den Broek
Jos van den Broek (1951) graduated as a biochemist at Leiden University, where he also got his Ph.D. degree in pharmacology. From 1981 he is professionally involved in science communication. From 1989-1990 he earned a Knight Science Journalism Fellowship at the Massachusetts Institute of Technology (MIT).
At the end of 2003 he rejoined Leiden University in order to set up the Science & Communication Ma specialization at the Faculty of Science. At the end of 2006 he earned the Van Walree Professorship in Biomedical Science Communication at the Leiden University Medical Center. He now is Professor in Biomedical Science Communication at the Faculty of Science of Leiden University, focusing on health awareness, nature awareness and universe awareness. Visual communication for the illiterate is one of his main interests in science and health communication. He is co-author and designer of the visual communication handbook Beeldtaal (Spring 2010), published in English as Visual Language in 2012.
He wrote and co-authored numerous popular-science books on science experiments, nature, evolution and ageing. In his most recent book he answers questions of children on biological issues. He is now at the brink of publishing a similar book on questions about Eart, Sun and astronomy. Playful is his middle name.

About his lecture: Ode to Emiliania
One of the most important organisms on Earth is Emiliania huxleyi due to its presumed role in the Gaia concept of a self-regulating Mother Earth. It is one of thousands of different photosynthetic plankton that freely drift in the ocean, forming the basis of virtually all marine food webs. E. huxleyi is by far the most abundant coccolithophore found in the Earth's oceans, and is considered ubiquitous, occurring everywhere except the polar regions. E. huxleyi has the potential to act as a net source of CO2 out of the ocean as a reaction to ocean acidification. Its sulphur-containing products are responsible for the typical sea odour. 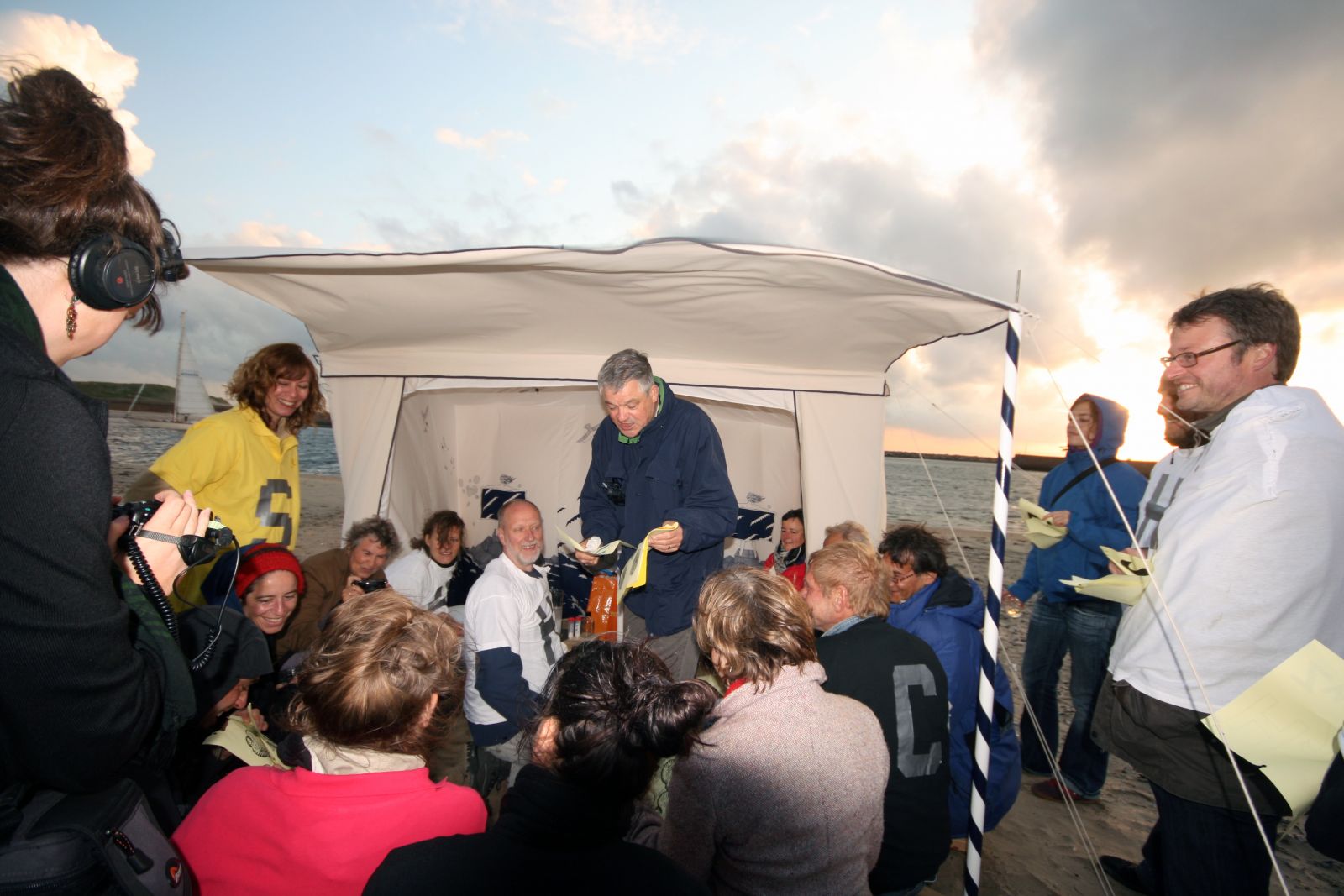 about NIP
www.nispb.ru
The Netherlands Institute in St. Petersburg (NIP) is established in 1997. It's a part of the Dutch Scientific Institutes Abroad. Six universities in the Netherlands participate in the NIP with the aim to promote and internationalize their teaching and research activities in Russia.The NIP organizes scientific meetings and facilitates research of the participating universities. It also provides academic courses as an integral part of the curricula of Dutch universities. The NIP also offers scholarships and internships and supervises theses, individual study programs and study trips. The NIP has a scientific library, workplaces, a guest room, an extensive network of academic contacts and provides access to Russian archives and museums for research.

About Marielle Videler and 'SEA BITE: The Dimethylsulfide Tent'.
mariellevideler.nl
http://www.satellietgroep.nl/badgast_air_sea/4/marielle_videler_badgast
In April and June 2011 Marielle Videler was resident at BADGAST - part of the project Satellietgroep. During this period she developed a new work, following her experiences as a badgast. The work SEA BITE is based on the phenomenon of sea treatments which started in the early nineteenth century at the Dutch coast. A bath culture that was exclusively reserved for the middle classes. Videler made sketches at the sea, drawings in her sea container, and worked the last week of the residency on a beach tent. The inside is designed of silkscreen printed drawings. This small temple, in which explicitly the salty air can be sniffed, will hold a scientific lecture by Prof.dr. Jos van den Broek (IUniversity of Leiden, NL) about Dimethylsulfide (DMS): the smell of the sea. 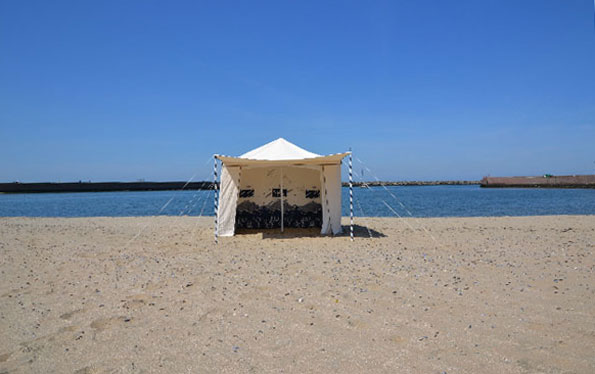