HOLLANDSE VEERKRACHT
DUTCH RESILIENCE – ADAPTATIóN HOLANDESA
'The Sea, and the way the sea influences daily life, arts and sciences in the Netherlands'- program for the International Filmfestival Cine al Mar 2012 at the beach of Santa Marta in Colombia.

Satellietgroep composed a special filmprogram for the Cine al Mar Inetrnational Film Festival. You are cordially invited to experience the way the Dutch people, international artists and filmmakers express how the sea influences our perception of living below sea level. The program includes works produced at Badgast by artists in residence James Geurts, Eliane Esther Bots, Aram Tanis and Jacolijn Verhoef, screened in the context of innovative Dutch coastal transitions.

The organisation of Cine al Mar 2012 invited Dutch artist run initiative Satellietgroep to contribute a filmprogram about the sea and the Netherlands. The focus of the International Filmfestival is the sea, ecology and local communties. We composed a special program (105') consisting of 12 works - both conceptual and documentary - that reflect on the conceptual, social and urban impact of the sea and waterways.

THE NETHERLANDS  - LOS PAÍSES BAJOS
The Netherlands is a small European country with 16 million inhabitants. The country lies for a large part below sea level. The continuing need for coastal defense due to rising sea level in past, present and future is important for everyone.

This program is about the way the Dutch people forever compete the sea, recover from floods, gained lands from the sea, built dikes (called: building against nature), and recently made a complete turn over in the way that we now invite the sea as a partner to help shape the coastal protection with the sands we put in front of the shores (called Sand Engine: building with nature).

ARTS AND SCIENCES
The Netherlands is a country with a strong historic art and innovative relationship with the sea.
The resilient way of life in the Netherlands has been the inspiration for artists and scientists since centuries. Artist run initiative Satellietgroep is founded in 2006 in The Hague. Satellietgroep has an embedded art and culture approach to researching the way the sea and waterways influence people, communities and environment.

With special thanks to Fundación Cultural y Audiovisual - Bajo un Palo de Mango, the artists and filmmakers who generously contributed to the program, the assistance of Lodewijk and Henk Kroeze, The Videomatic, and the support of the embassy of the Kingdom of the Netherlands. 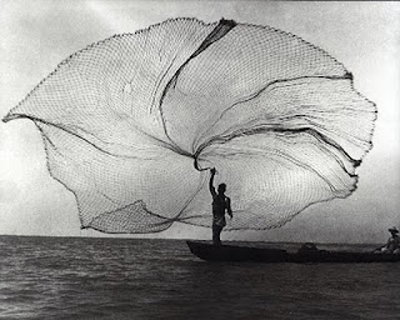 DUTCH RESILIENCE – ADAPTATIóN HOLANDESA
The Sea, and the way the sea influences daily life, arts and sciences in the Netherlands
Satellietgroep, 2012

The Netherlands is a country with a strong historic art and innovative relationship with the sea. The resilient way of life in the Netherlands has been the inspiration for artists and scientists since centuries. Artist run initiative Satellietgroep is founded in 2006 in The Hague. Satellietgroep has an embedded art and culture approach to researching the way the sea and waterways influences people, communities and environment.

2.
SEAGULL FLIES 300 KILOMETERS TO FEED ON FRIES IN AMSTERDAM: 1’37
Next we like to share with you the amazing effort of a seagull. This seagull flies over 300 kilometers on 1 day of Texel to Amsterdam to feed on fries in Amsterdam and proceeds to find some fish in the sea to feed her hungry chicks back at Texel.
Courtesy 'Nature' of ‘The Netherlands from Above’by VPRO.

3.
THE NETHERLANDS FROM ABOVE: 1’29
This amazing short video shows you the way water and sea are connected to the Netherlands and shaped a resilient people, who live their daily lives mostly below sea level. Water helped shape our stubborn Dutch character.
Courtesy ‘Water’ of ‘The Netherlands from above’ by VPRO.

Artists Aram Tanis and Jacolijn Verhoef created the short narrative documentary ‘Departure Bay’ in Scheveningen and Zeeland. Tanis’ dad experienced as a child the floods of 1953 and remembers conflicting emotions. In the context of large scale developments for coastal protection this is a particular interesting document, because this flood disaster instigated 60 years of Delta Works, which have recently been completed. The latest innovation in this area is the Sand Engine.
Both Tanis and Verhoef live in the city. They discovered while working at Badgast, with a frontal daily view on the sea, wind, rain and smell, that the sea influenced their way of observation and thus influenced the documentary.

5.
DELTAWERKEN – DELTAWORKS: 1’37
60 years of building dikes (‘Building against nature’) to protect The Netherlands from possible floods after the flood in 1953.
Courtesy Rijkswaterstaat.

6.
BUILDING A NEW BOULEVARD FOR SCHEVENINGEN TO PROTECT THE CITY OF THE HAGUE: 2’ Courtesy City of The Hague, Hoogheemraadschap van Delfland, DPI Animation House, 2009.

8.
BLUE ENERGY: 2’28
Dutch researchers are testing a promising method to produce energy from mixing fresh and salt water. If they succeed, they could be sitting on a gold mine. Because of the wide availability of places where rivers discharge into oceans, the researchers believe the technology could eventually produce 20-40% of the total energy supply worldwide.

A site-specific light installation event, which took place on the Dutch coast facing the North Sea, at sunset, on half moon, at half tide. Solar energy was collected from the day of the event to power eight florescent tubes in a long line. The line of tubes was suspended directly in line with the horizon. The 10m line of light moved from warm temperature tubes blending to cool temperature tubes away from the sun. After the afterglow of the disappearing sun, the line of light was turned on for 4.53 minutes, the duration from when the sun touched the horizon to when it completely passes through it.

10.
DUTCH LIGHT –  la luz holandés - Maarten and Pieter-Rim de Kroon (NL), 2004: 53’
Documentary on the ancient myth that the light in Holland is unique. It has been discovered and celebrated in art ever since the 17th century, but is it a myth or does it really exist?
The famous German artist Joseph Beuys stated that the Dutch light lost its extraordinary radiance after the reclamation of large parts of the Zuyder Zee (now called IJsselmeer) in the mid - 1950’s.

‘The cone of silence’ is an inverted cone-shaped region immediately above the antenna of a radio beacon. Signals are imperceptible. Just before the signal disappears into ‘the cone of silence’ the volume is stronger. In this short film three men are followed. They visit the coast with great regularity. Their motives are different. During the film it becomes clear that the coast is a place to be alone, reminiscing, daydreaming and longing for other worlds. Image, text and sound connect these stories about the coastal area to places elsewhere. The coast as a sanctuary, where the sound dissolves.

12.
BOEZEMLAND  - BOSOMLAND – Pé Okx (NL): 5,17
Video installation. The title ‘Bosomland’ refers to the ring of land outside the dikes, which is the first to be absorbed when the sea level rises.

It’s just after dawn. A man balances on a pier-like row of sticks, protruding from a wetland at low tide. Wielding a huge hammer, he pounds a stick into the mud, hops onto it, and prepares to pound in another. His task is as unending as the sea. In an empty landscape, man creates his path in solitude. Eventually, all that remains are the rows of sticks, resolute and mysterious. The work was filmed in the north of Holland.

Thank you for your attention, we hope you enjoyed the program!

About Satellietgroep
Artist run initiative Satellietgroep is based since 2006 in The Hague, The Netherlands, a country with a strong historic art and innovative relationship with the sea. Satellietgroep has an embedded art and culture approach to researching the way the sea and waterways influences cities and people. We aim to research the pressure on public, social and cultural use on the waterfronts and develop new concepts and strategies focused on a new approach of future sea and coastal urban areas. Satellietgroep programs Badgast, a research based artist in residency at the coast of The Hague where we invite artistst and scientists to develop and present research that articulates a cultural, innovative and sustainable significance of the sea and its coasts. In addition to the artist in residency program Satellietgroep programs the open air Cinema at Sea @ Badgast, all concerning the sea. In close collaboration with international artists, scienists, curators and guestcurators Satellietgroep develops a contemporary Seacollection On Coastal Transitions, with exchange projects in The Netherlands as well as abroad.

Overall public use of waterfronts is under great pressure. Urban coastal developments seem to neglect the public, social and cultural importance of urban life at these seafronts. These developments show a tendency to focus on strategies that exclude local people and migration movements from the shores and emphasizes on touristic visitors as a more interesting source of revenues. That may lead to conflicts, estrangements, loss of heritage and loss of more informal cultural and economic uses of public coastal space.

Arts and science can express the spatial and social qualities - as well as the problems - of our coastal areas, and make them engagingly accessible to the public. These works can transform a destination normally marked by consumption and recreation into a platform for critical communication and serious reflection. This timely reflection of art and culture on spatial transition processes may act as a strong catalyst in generating public and professional awareness and connect contemporary research and new works to historic and future coastal developments.