This film program by Satellietgroep features contributions by international video artists and is screened in a unique setting, transforming a wasteland into an open-air cinema.. Themed around the concept of 'time that is to come'.
It is imminent that times will change, as Joseph Beuys stated in his work  'New Beginnings Are in the Offing' (1981). This special screeningprogram is curated by Eliane Esther Bots, filmmaker and co-curator of Satellietgroep for 'Now Wakes The Sea'.
The short movie 'Dome- The Cone of Silence' she produced as artist in residence at Badgast is recently selected out of 2800 films for the International Short Film Festival - Curta Cinema Rio de Janeiro, Brazil.

01. Rebecca Baron  ‘The idea of North’ – 16mm (1995) 14 min.
In the guise of chronicling the final moments of three polar explorers marooned on an ice floe a century ago, Baron’s film investigates the limitations of images and other forms of record as a means of knowing the past and the paradoxical interplay of film time, historical time, real time and the fixed moment of the photograph. Marrying matter-of-fact voiceover and allusive sound fragments, evidence and illustration, in Baron’s words, “meaning is set adrift”.
Source: New York Film Festival, 1997, “Views from the Avant-Garde”. Program notes www.rebeccabaron.com

02. Salise Hughes  ‘Tidal wave’ (2005) 2 min.
The narrator of the film, who is reciting his own dream, has been plagued with dreams of tidal waves before he was old enough to know what one was, or ever saw the ocean. www.salisehughes.blogspot.nl

03. Felix E. Feist  Excerpt of ‘Deluge’ (1933) 4'28 min.
‘Deluge’ is an almost-forgotten early American disaster movie. For decades, it was thought that all prints had been lost, but an export version, dubbed into Italian and shortened by ten minutes, was found in the 1980s. This video shows only the disaster -the unexplained destruction of New York (and the rest of the world) by earthquake and flood- itself. A gigantic model of lower Manhattan was built, with breakaway buildings shaken to pieces and then washed away by thousands of gallons of water from dumptanks.
Source: youtube

05. Henrik Lund Jørgensen  ‘Reenactors’ (2012) 8 min.
The Reenactors is based on the Swedish extradition of Baltic soldiers after World War II, but the footage is contemporary. The concept of refugees knows no historical boundaries.
Henrik is currently artist in residence at Badgast.
www.henriklundjorgensen.com

07. Britta Johnson  ‘Crashing Waves’ (2005) 6'35 min.
Two shipwreck victims spend their days on a deserted shore doing remarkable tasks; are they gods, or have they been driven mad by their predicament?
www.thekmpi.net

08. Mels van Zutphen  'St. Kilda' (2003) 15 min.
St. Kilda, off the west coast of Scotland, is the most remote archipelago of Great Britain, with the tallest cliffs. This group of islands is still known for its large populations of puffins and gannets. For centuries, a small community was able to survive here on a few square kilometres, practically isolated from the outside world. But the last islanders were evacuated in 1930. The only two survivors of this period are old now and quite unapproachable. St. Kilda is a film about rituals, birds, bold ventures by bachelors, and big toes. www.melsvanzutphen.nl

09. Diego Maclean’s  ‘The art of drowning’ (2009) 2'08 min.
The Art of Drowning is a short animated film directed by Diego Maclean. It is based on a poem by the same name written by American poet Billy Collins. In it we ponder the possibilities of what awaits us at the end of our lives. www.billy-collins.com
www.diegomaclean.com

10. Aram Tanis & Jacolijn Verhoef  ‘Departure Bay’ (2011) 9’13 min.
Artists Jacolijn Verhoef and Aram Tanis created the short documentary in Scheveningen and Zeeland as artists in residence at Badgast. This work is about the experience of Tanis’ father, who was a child when the flood disaster in Zeeland (1953) took place. Tanis’ dad experienced as a child the floods of 1953 and remembered conflicting emotions.
www.aramtanis.com
www.jacolijnverhoef.com

11. Houmam Abdallah / Beirut  ‘The rip tide’ (2011) 4’33 min.
The music video for the title track of Beirut’s current album, The Rip Tide, combines the real with the surreal as we follow a wandering boat into a world where art and nature merge. The video is inspired by Salvador Dali, Georges Seurat and JMW Turner whose glorious use of light and colour is evoked in this nautical adventure. www.beirutband.com

12. Astrid Bussink  ‘Rückenlage’ (2006) 9 min.
A visual journey through Scotland’s skies and the mind of Rudolf Hess, who flew to Scotland in 1941 to ‘negotiate peace’ with Britain. Narrated from excerpts of letters to his family, written in prison where he spent the rest of his life. www.astridbussink.com

14. Joost van Veen  ‘Interlude’ – 16 mm (2005) 2’30 min.
This short film was inspired by the track ‘Interlude’ by the British band Manyfingers, a Chris Cole project. Joost van Veen met him in 2003 while passing through Dresden. The film shows a group of ‘Down Watchers’ (fish) swimming through chemical layers of high-contrast black and white film stock.
www.archefilm.nl

15. Henrik Lund Jørgensen  ‘Friends he lost at sea’ (2009) 5’32 min.
In this video, Jørgensen takes up the subjects and compositions of two of Michael Ancher’s most well-known works: Will He Round the Point? (1879) and The Crew is Saved (1894). Both paintings are re-enacted in the manner of a tableau vivant, however with refugees from other countries taking the place of the fishermen. www.henriklundjorgensen.com

16. Ief Spincemaille  ‘Behind The Horizon’ (2010) 3 min.
On May 14th 2010, Ief Spincemaille committed himself to visualizing the curve of the Earth with a giant yardstick: A 10.8 km long tube was carried by 285 volunteers to the beach of Ostend, Belgium.
The tube’s middle point was resting on the ground. Five km to the left and five km to the right of this center, the tube was already rising 229 cm above the Earth’s surface. A straight tube hanging above a convex ground. A clearly visible and comprehensible image of the Earth’s bent.  www.iefspincemaille.com

17. Chris Dobrowolski  ‘Seascape escape No. 1’ (1989) 3 min.
Chris Dobrowolski went to art college in Hull, a port in the North of England that’s best years are behind it. Consequently it has a reputation for being slightly depressing. Disillusioned with art education and the art establishment Chris collected driftwood from the riverbank and made a boat to escape from art college.
‘Seascape escape No. 2’ (1991) 3 min.
On the beach  Chris found hundreds of plastic bottles and used them to build a hovercraft. In this escape attempt Chris took the finished hovercraft back to the river Humber and traveled across the mud flats at low tide.
Chris was artist in residence at Badgast in 2011.
www.cdobo.com 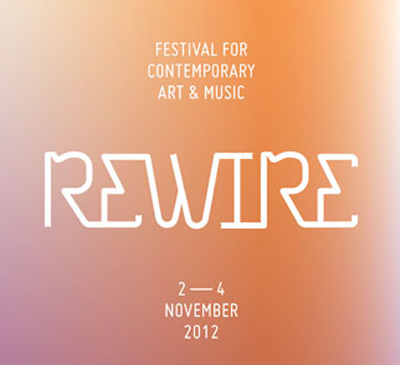