The weather, however, suddenly became serene; and my […] friends left me on a journey […], and lost, in the magnificent scenes which they present, all memory of their ghostly visions. The following tale is the only one which has been completed.
Frankenstein by Mary Shelley

We are always persuaded of the fact that Photography shows us truth and reality. Therefore like no other media it seems to be made to show ideals and special features of persons, who live as a sort of religious group at the seaside (the “surfdorp” reminds of the fisher-village of the 19th century or some kind of monastery where Surfing replaced praying). The same applies to the group of visitors (The tourist-phenomenon, the “badgast” and the anthropologist appear in the early 19th century as well).

And now my wanderings began, which are to cease but with life. I have traversed a vast portion of the earth, and have endured all the hardships which travellers, in deserts and barbarous countries, are wont to meet. How I have lived I hardly know; many times have I stretched my failing limbs upon the sandy plain and prayed for death. But revenge kept me alive; I dared not die and leave my adversary in being.

Searching for the locals from F.A.S.T. and the visitors
I observed and compared – Found persons who were typical in special details – I recognized these details – I explained my task and asked to take a photo of these details

Great God! what a scene has just taken place! I am yet dizzy with the remembrance of it. I hardly know whether I shall have the power to detail it; yet the tale which I have recorded would be incomplete without this final and wonderful catastrophe.

Making photos of the body-details and editing the montage
I made more than 500 pictures - I took nearly 70 details – I edited in the top-container for quietness and concentration: my private Scriptorium 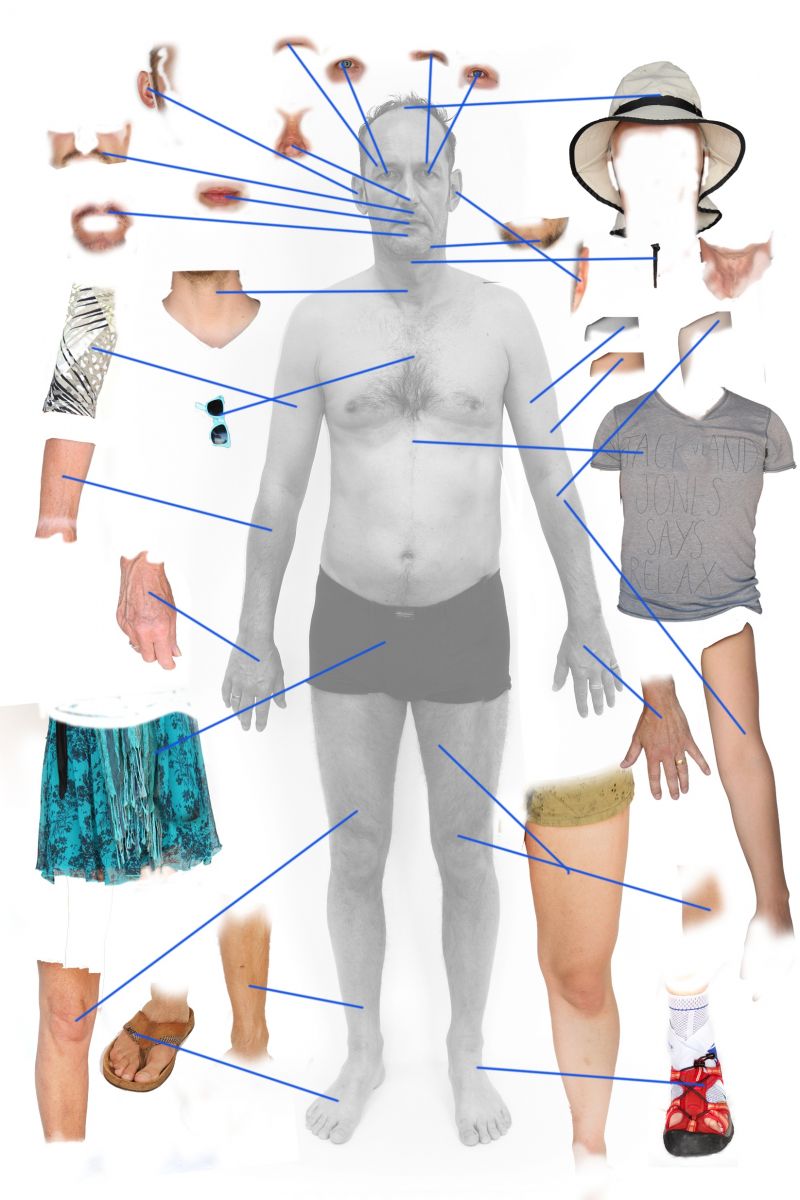 Are you mad, my friend?" said he; "or whither does your senseless curiosity lead you? Would you also create for yourself and the world a demoniacal enemy? Peace, peace! learn my miseries, and do not seek to increase your own.

Must I then lose this admirable being? I have longed for a friend; I have sought one who would sympathise with and love me. Behold, on these desert seas I have found such a one; but I fear I have gained him only to know his value and lose him. I would reconcile him to life, but he repulses the idea.

In the end I recognized

the ideal local:
S)he  is mostly a male surfer (surfing is a man’s world)
(S)he is young (if not physically than in mind)
(S)he wears light shoes or no shoes (because of surfing/only skaters wear sneakers)
(S)he has no rings but plastic bracelet (you will lose rings while you are surfing)
(S)he has a lot of hair (if long with a ponytail), smokes and smiles a lot
(S)he is careful with contacting people from outside and sometimes very shy in a greatly kind way
(S)he moves inside the international surf-world  (S)he wears as often as possible orange shirts because of June 2014 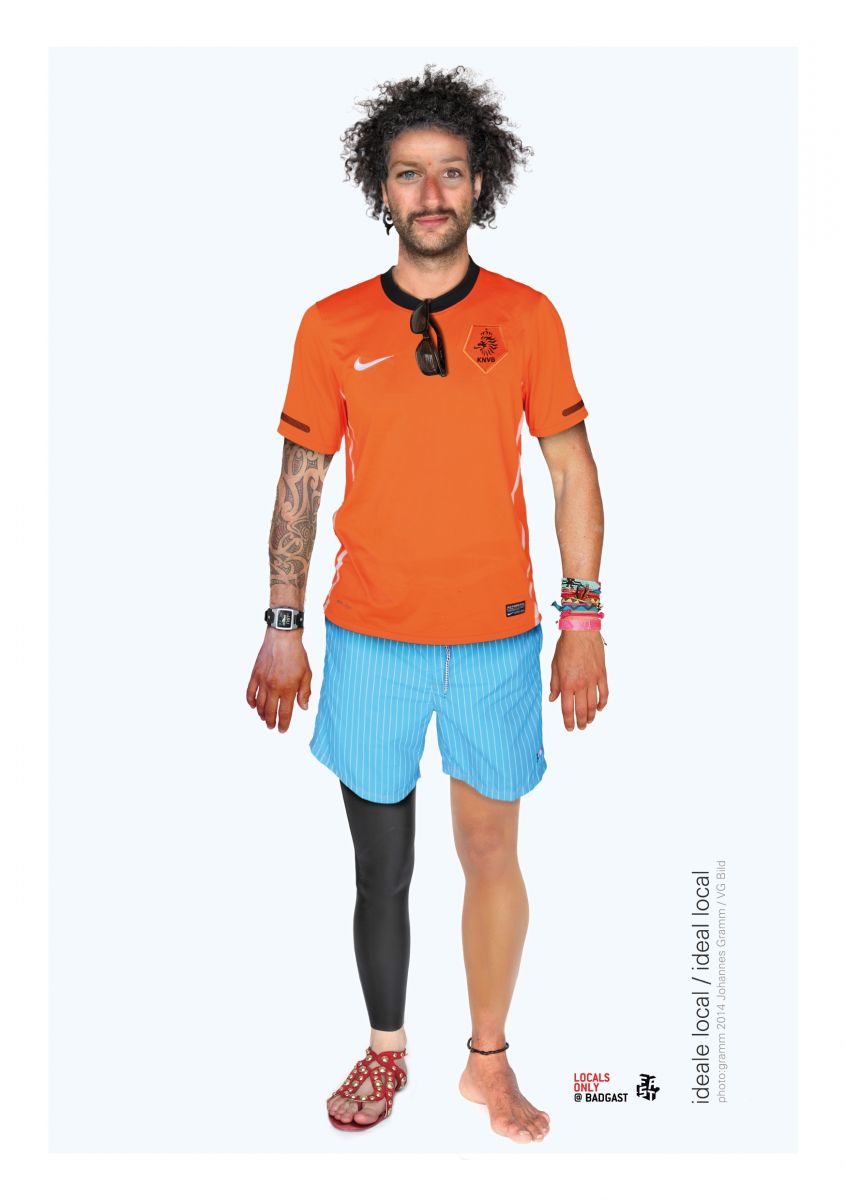 the ideal Badgast:
S(h)e is mostly a female visitor (being curious about people is a female strength)
S(h)e is aged (maybe than you have time to be mobile in smaller areas)
S(h)e wears heavy shoes (because of walking)
S(h)e has less hair (if male) or wears a hat (if female)
S(h)e often is bruised (It seems that walking around is more dangerous than surfing)
S(h)e is very interested in listening and talking, non smoker and starts smiling after a while
S(h)e wears weird colors and rings (Nearly no plastic bracelets)
S(h)e is almost always part of a two-person-group 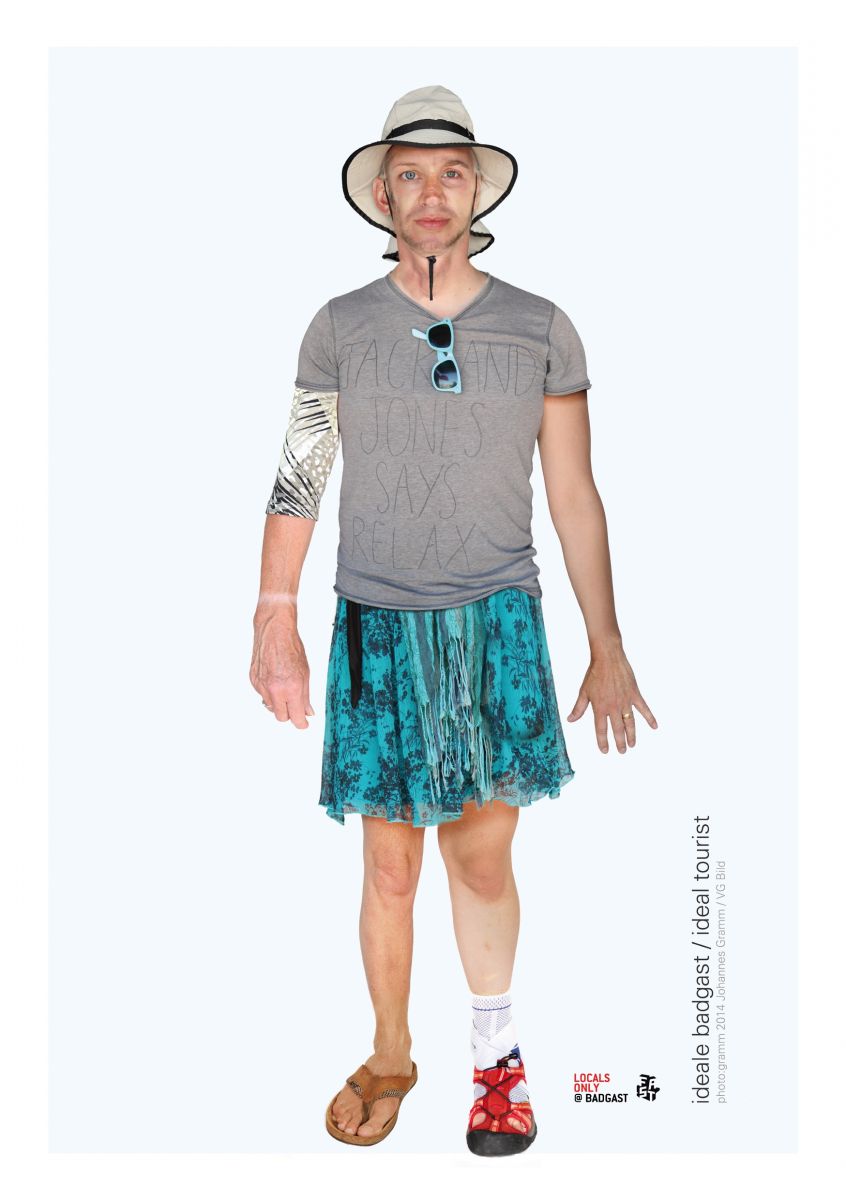 He sprung from the cabin-window, as he said this, upon the ice-raft which lay close to the vessel. He was soon borne away by the waves and lost in darkness and distance.
Frankenstein by Mary Shelley